The issue at hand

ACS ACR122U is an inexpensive NFC reader/writer based on the NXP PN532 chip. It's what I do most of my NFC experimentation on.

Other than the limitations of it, I have one big issue with it: It has a loud, monotone buzzer.

You can disable it of course...

However it obviously does not persist between connections, and you cannot send APDUs to it unless there's a card on it. And it buzzes when it detects a card.

So, there's no easy way to prevent the buzzer from making a noise at least once using software alone, which I was reminded about again today by linuxgemini:

How I solved it

I already had my soldering iron and screwdrivers out from some stuff I was tinkering with this morning, and had my ACR122U out from last night. That made me wonder if there was an easy way to get rid of the buzzer.

I looked around on internet to see if anyone had done it before, but I couldn't find anything. Closest thing to an internal view I found was this, from this page on NFC Tools wiki.

So I took it apart (fwiw, the 4 screws are under the 4 rubber feet, I recommend putting a small screwdriver under the large sides of the feet to remove them with least pain and damage). 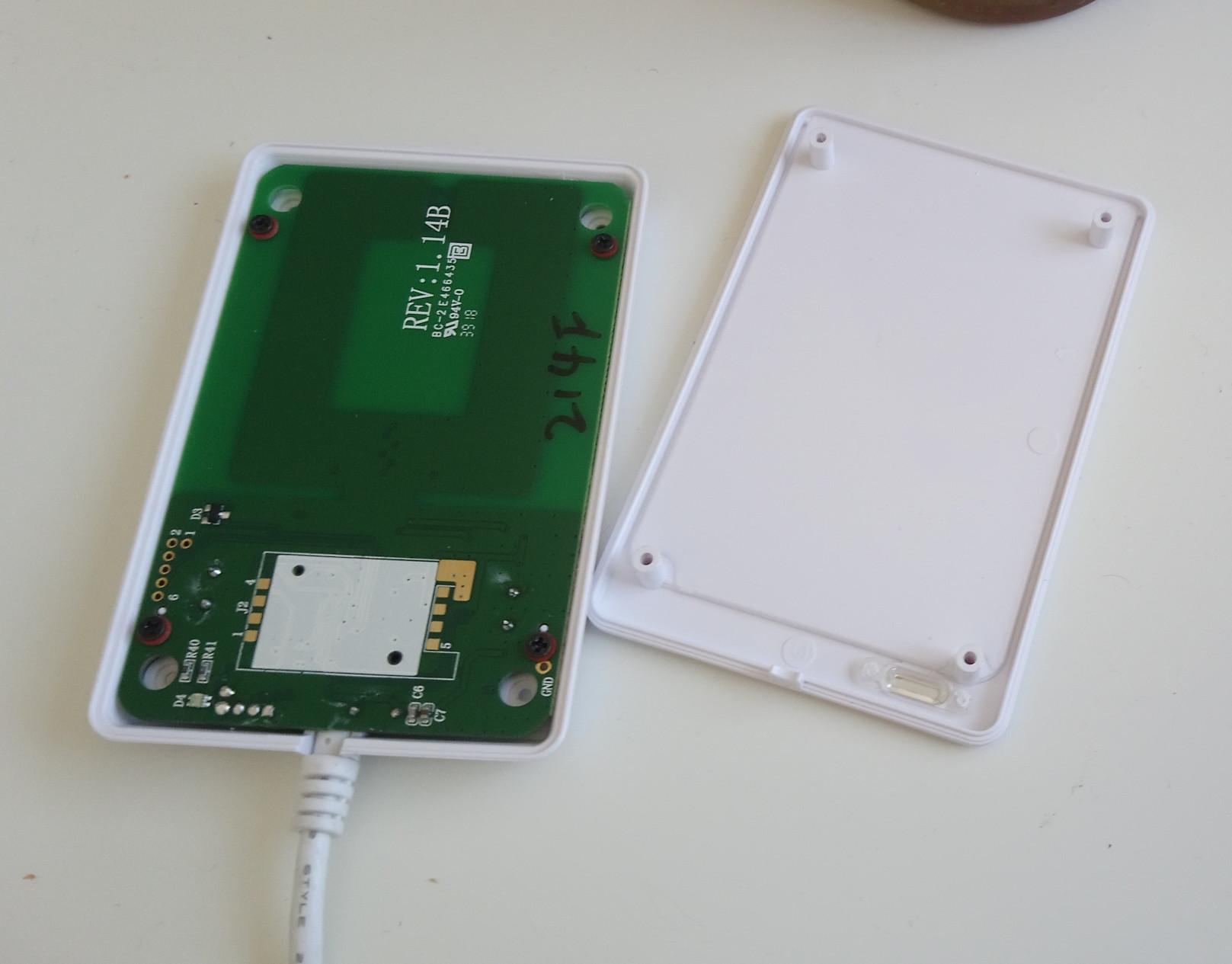 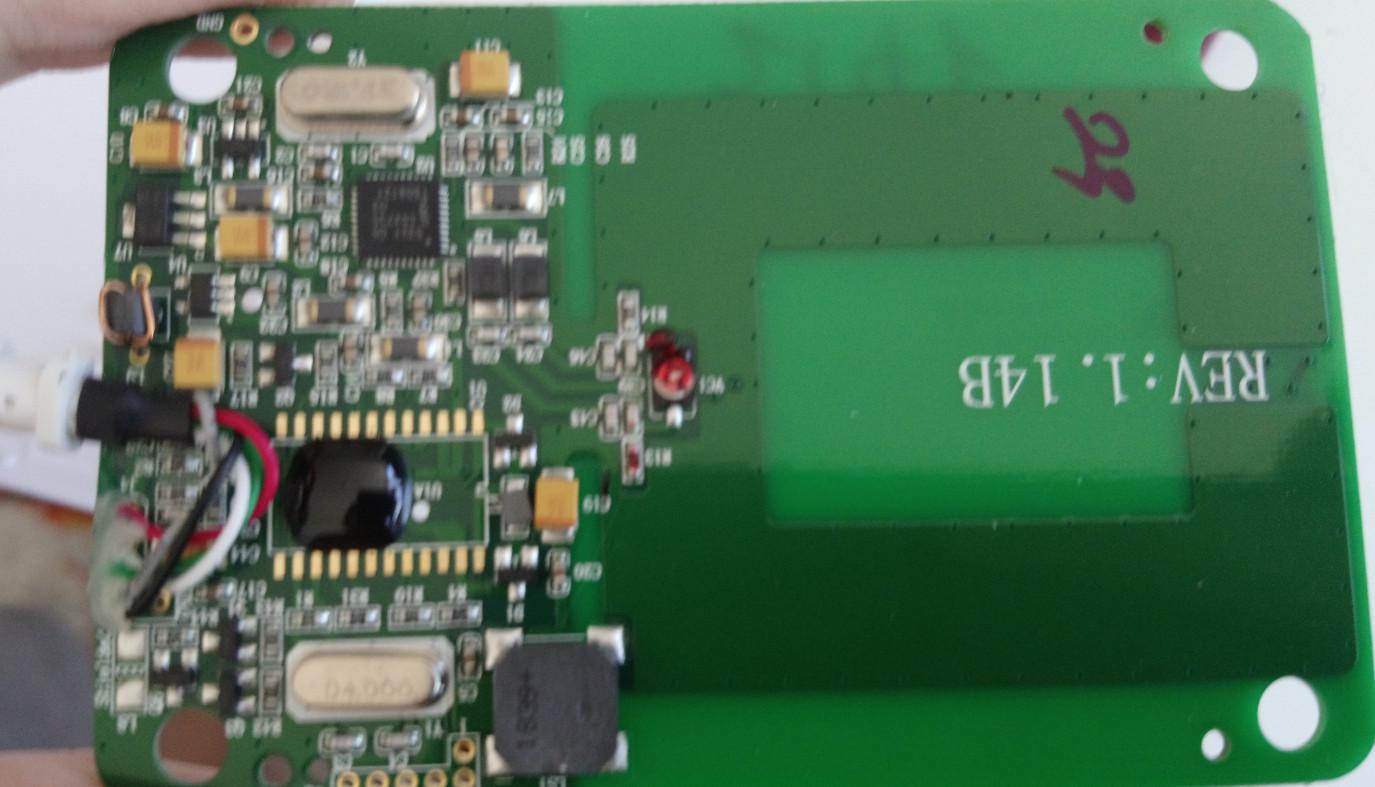 I was a bit baffled as I couldn't see anything resembling a traditional buzzer, but I suspected that it was the big cube that had 1839+ written on it: 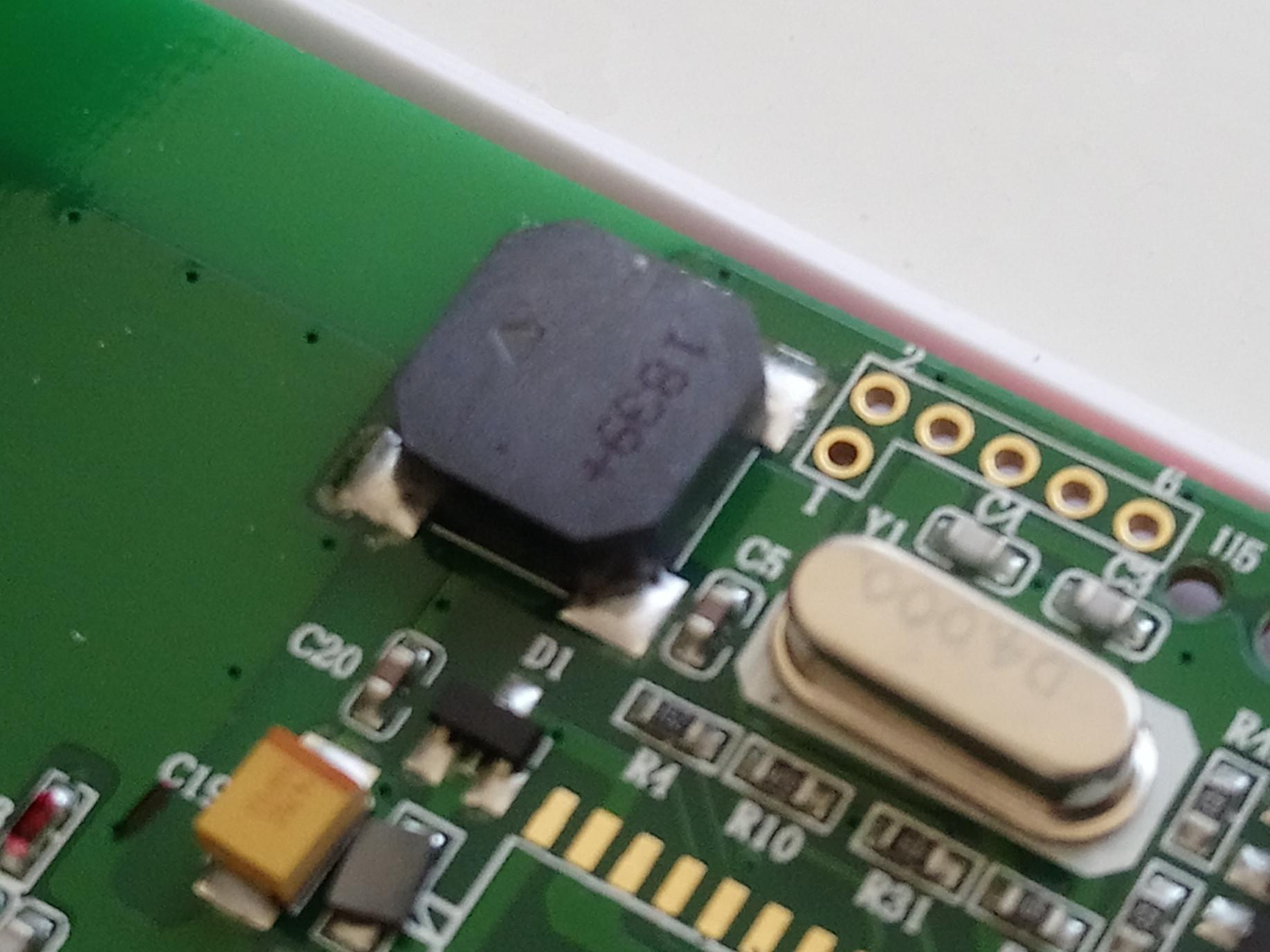 But a quick search for 1839+ buzzer didn't give me much. However, I saw many similar ICs when I searched for SMD buzzer, which likely meant that I was on the right track: I quickly pulled up the page for CSS-J4B20-SMT-TR, and indeed, it was a SMD buzzer. I searched more, and found the datasheet for CSS-J4B20-SMT too, and that was also a SMD buzzer. The one I saw on board didn't look that much like it, but I pulled out my multimeter and was able to verify that it did indeed have voltage flowing in this direction when it beeped.

So, I desoldered it. This is my first time actually desoldering an IC, so I'm happy that I managed to do so without damaging anything nearby (except a tiny bit of internal plastic, but it doesn't cause harm): 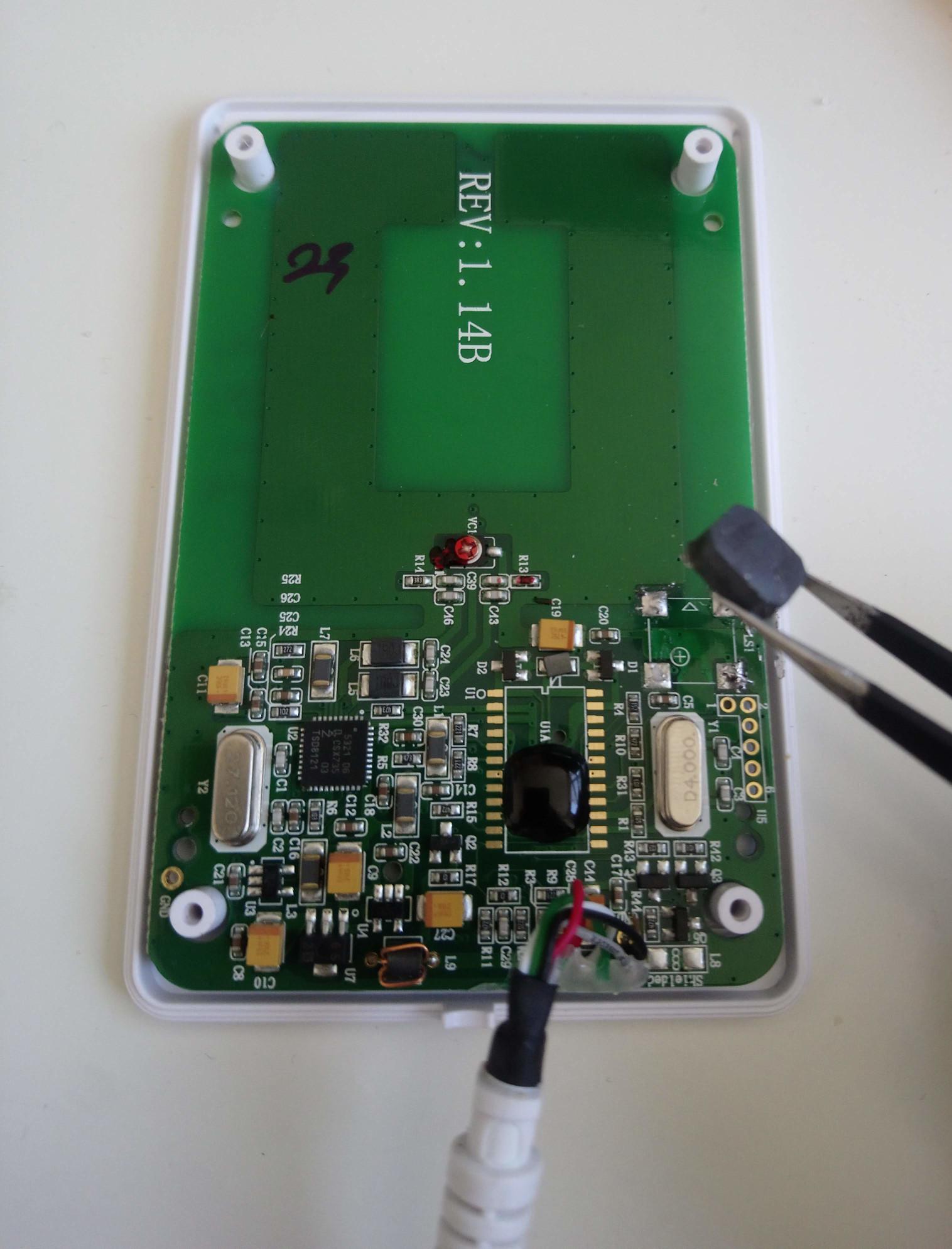 One concern we had with linuxgemini was that it may have been used as a resistor too, and I was worried that I might end up needing to solder a resistor in its place to make it work, but thankfully (as I am horrible with electrical engineering stuff) I didn't need to. I verified that it worked by reading the entirety of a card before closing it back up, and it succeeded.

So now I have an ACR122U that will never ever buzz again. Hurray. That's what I call a success. (And now I'm tempted to practice removing more ICs by borrowing linuxgemini's ACR122U and desoldering the buzzer on that too).